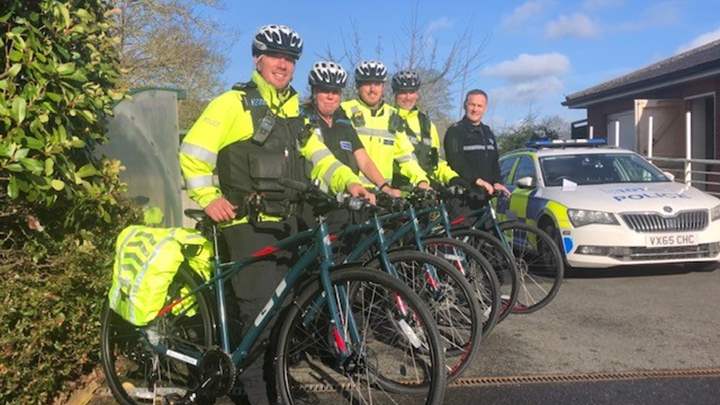 Members of the city's Hereford South Wye Safer Neighbourhood Team (SNT) bought five new bikes in 2020. The bikes have been widely used across both north and south of the city.

Safer Neighbourhood Inspector Greg Tudge said: "Bicycles are an excellent way to effectively police an urban area, and the reduced impact on the environment and local congestion is also extremely positive."

In the first nine months, the team travelled 1500 miles around the area on the new bikes, reducing the use of cars for patrols. Officers enjoy using the bikes and commented that the bikes were also good for their fitness and general health.

The bikes were funded by a TravelFund grant from Herefordshire Council's Travel for Work scheme (funded by Department for Transport).